And out come the wolves!

The set up of Gin Tonics, our brit-rock cover band (but we might begin making music of our own soon), took several months because it seemed we were never able to find all the band members, and when we found them other problems delayed our playing sessions so we were never able to have a decent number of songs to play. 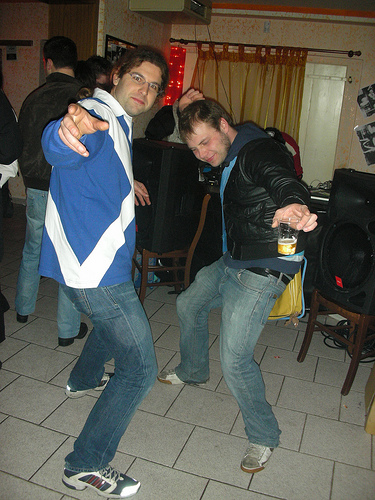 Events have been more favourable since a few months, so on March 1, 2008, we were finally able to play, along with another local band named Close, at the La Parolaccia bar in Malnisio.

I think the concert went quite well, and I have some pictures to share.

And… stay tuned for future concerts!!!